When Heidi Aldana worked as a Certified Nursing Assistant one of her favorite parts of the job was working on patients’ hair and makeup. 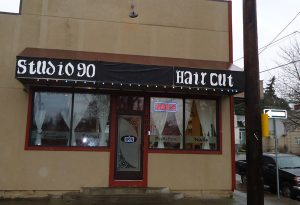 So when the native Guatemalan found herself unemployed she decided to follow a dream that began in her native country and enrolled at Phagans School of Hair Design in Portland. Now, less than 2 years after graduating, Aldana has her own salon.

Phagans was a name that rose to the top during her search for a school, Aldana said. The 30-year-old mother of 4 decided to enroll in the full course after she made an appointment with admissions and visited the school. Since English is her second language she was at first scared and found some of the course work difficult. But, she said, helpful instructors, a good environment and newly formed friendships helped and supported her along the way. 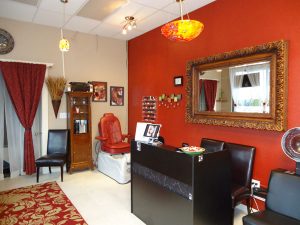 The salon, which Heidi Aldana has owned for about 2 months, features 2 chairs and stations for nails and waxing services.

She said it was equally important to have the constant support of family and friends as she went through school.

Her hard work paid off. After working for a chain hair salon she decided to make the move and open her own salon, Studio 90 in Southeast Portland. She has owned the salon for 2 months and has 2 chairs and offers pedicures, facials and waxing services.

Aldana said she likes being her own boss. “It feels nice to have something that belongs to me,” she said.

Aldana said  her advice to other beauty school students is to work at other salons for a few years. The experience will help teach them customer service skills, which, coupled with advertising, is key to long-term growth, she said.

She said she hopes to grow her salon salon so she can employ other stylists and support her children and their dreams. “I have a positive mind that I am going to make it,” she said.